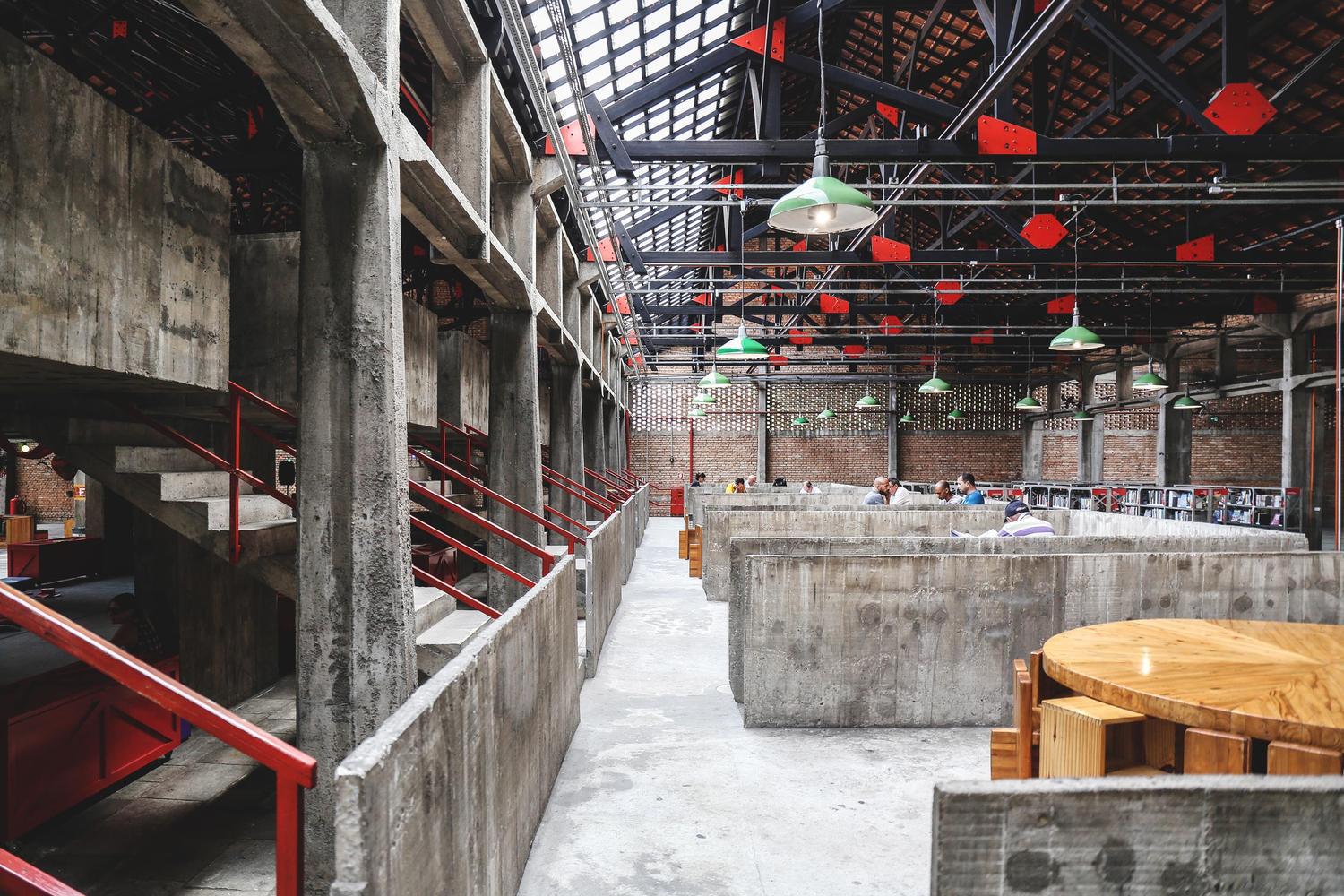 Although there is more of a balance between women and men in architecture today, the landscape was quite different a few decades ago. Pioneering women architects have been resistant in a profession dominated by men, and have faced skepticism in challenging contexts, such as construction sites itself. Zaha Hadid commented on the difficulty of inclusion in what she called the “boys club”, listing the difficulties in coming to agreements or creating partnerships. Lina Bo Bardi, in turn, used her strong personality to overcome the sexism of her time. Even though these difficulties, women have always found a way to stand out and bring priceless contributions to the profession.

On countless occasions architecture has remembered famous architects and their material discoveries through time, but what about recognizing women’s contributions to the discipline? Discussing their pioneering material explorations is key to understanding their role in projects. With an analysis of the work of the well-known architects Lina Bo Bardi, Norma Merrick Sklarek and Zaha Hadid –which introduced innovative techniques and material trends– the following discussion brings to light how women’s ideas have influenced the development of architecture. Identifying their approaches on how to managing structures and materials helps to understand the personality of their work and how to implement similar strategies in the future.

The work of the Italian-Brazilian architect contains her life history within it. After her studies at the University of Rome, she moved to Milan, where she collaborated with Gio Ponti and later became interested in editorial work. Posterior to the devastation caused by the Second World War, she met Pietro Maria Bardi and moved permanently to Brazil. Characterized by creating a dialogue between modernism and popular culture, her work aimed to reinvent space and reconstruct architecture. Her approach to concrete design of public buildings follows the same line of exploring new strategies to define space.

Within her work in the SESC Pompéia in São Paulo, Lina Bo Bardi plays with concrete to add expression to architecture. Located on the site of an old factory, the architect created a community center that incorporates culture, sports and pleasure.

Keeping the old factory’s brick materiality, the strategy adds two concrete volumes connected by elevated walkways, maintaining the city level free from visual and physical disruptions. The building highlights concrete as its main feature, which not only functions as a structure but also includes vertical and horizontal planking for aesthetic purposes.

The architect established a connection between the building and its surroundings, while also creating a gathering place for people in the heart of the city.

Some might wonder why this project brought worldwide attention to Bo Bardi. In part, the answer lies in the fact that creating an architectural model that was concerned with its public role promoted a democratic, horizontal and plural urban life.

After receiving the commission to build the new museum of art, Bo Bardi had one condition to respond to: the building couldn’t block the panoramic views of the lower-lying parts of the city. As such, suspended under two pre-stressed concrete beams –which rest on massive piers– the building frames an unobstructed collective space for the gathering of São Paulo’s residents.

Playing with the contrast of the building’s structure and space, the architect creates a dialogue between lightness and mass. The material strategy brings out two architectural movements: modernism and brutalism. The encounter of glazing and free floor plans with the concrete piers and structural system defines the project’s identity. Applying color to the beams, the design highlights the project’s main structure, clarifying how structure dominates the building’s formal language.

Born in Harlem, New York City, Norma Merrick Sklarek is known as one of thepioneering women in architecture and the first woman to achieve an architecture license in California. After collaborating in different projects that played with glass façades in architecture firms such as Gruen Associates, she co-founded a female-only firm: Sklarek, Siegel and Diamond.

With a modernist design, the US Embassy building combines materials to define a modular façade system. Without overloading the building, the design strategy incorporates glass panels with exterior façade cladding panels to distinguish the horizontal bars, creating a simple and well-organized look to its rectangular shape.

During her time at Gruen Associates, she participated in the design of the Pacific Design Center, located in West Hollywood, Los Angeles. In collaboration with the architect Cesar Pelli, their work is known as an architectural landmark of the city. The multi-use facility for the design community reinvents a center that used to be a low-scale residential and commercial area into an enormously colorful milestone.

From workshops and showrooms to spaces of leisure, the layout was developed in three stages, where Merrick participated in the first two. The first building, known as the ‘Blue Whale’ is distinguished by its 750,000 square foot blue glass cladding, followed by the incorporation of a bright green building. The project’s design strategy highlights the use of out-scale dimensions, new shapes and bright colors.

“There are 360 degrees. Why stick to one?” Just asZaha Hadid questions staying with one point of view, her architecture develops a different face from every point of view. The Pritzker Prize-winning architect and mathematician is recognized for designing outside creative and technological boundaries, which led her work to experiment with sensuous curves, geometry, and parametricism. Maintaining traditional materials like concrete and steel, she achieves innovative forms which play with traditional structural possibilities and create a visual appearance that defies gravity.

Through a continued relationship between the building’s interior and the surrounding plaza, the project merges with the city’s urban fabric. Aiming to connect both spaces and guide users into the building, the strategy applies undulations, bifurcations, floods and inflections to the surface. With the right use of geometry and technology, the project creates a fluid space.

The design process adds a combination of construction systems and advanced technologies to achieve the building’s envelope. Based on two collaborating systems –a concrete structure combined with a space frame system– the project develops a column-free space that allows continuity in the user’s movement. The architect’s proposal in the surface geometry introduces innovative structural solutions such as curved ‘boot columns’ or ‘dovetail’ tapering to support the building’s skin.

Following her passion with parametric building design, Zaha Hadid explores construction digitalization such as three dimensional building information modeling (BIM) within the design process. With the incorporation of advanced softwares, the project was able to test engineering and construction requirements to achieve the complexity of the design, without losing control of details.

The building’s material strategy was also achieved through the digitization process. For example, the façade’s cladding system is built from over 45,000 panels, each of them in different sizes and curvatures, which was managed after a mass-customization system. Depending on the season and time of the day, the building creates a dynamic visual effect produced by pixelation and perforation patterns within the facade.

This article is part of the ArchDaily Topics: Women in Architecture presented by Sky-Frame.Sky-Frame is characterized by its empathic ability to take on different perspectives and points of view. We are interested in people and their visions, whether in architecture or in a social context. We deeply care about creating living spaces and in doing so we also question the role of women in architecture. From the arts to the sciences, women shape our society. We want to shed more light on this role, increase the visibility of Women in Architecture and empower/encourage them to realize their full potentialInitiated by Sky-Frame, the “Women in Architecture” documentary is an impulse for inspiration, discussion, and reflection. The film’s release is on 3 November 2022.