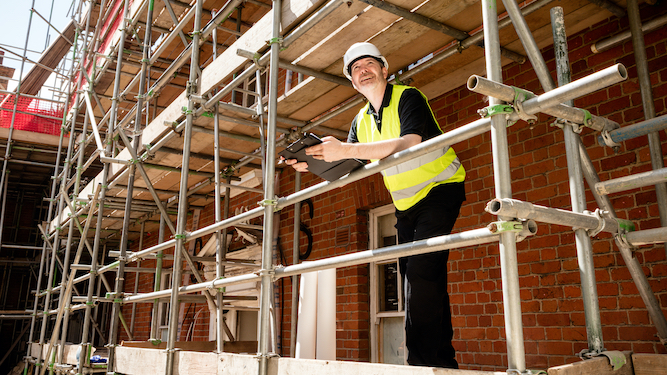 A PROGRESSIVE builder is only yelling compliments at passing women for their personality and political activism, rather than looks.

Scaffolding technician Stephen Malley made the incredibly courageous choice to only provocatively shout at female pedestrians if they have a beautiful character and values.

Speaking of his decision, Mr Malley said: “This isn’t about me, it’s about women. They deserve to be appreciated for what really matters.

“For too long, it’s been the girls with pretty faces, terrific arses or massive jugs getting all the attention. But what about the girls with sexy brains? With Twitter accounts uplifting marginalised voices? Where’s their unwanted attention?

“Sure, a lady who happens to be showing cleavage appreciates recognition. But I’m not about the surface. I’d only consider yelling ‘I’ve got a cock here with your name on it’ if her feminism was intersectional.

“Also, I’ll be prioritising women of colour. I won’t say that this makes me the Rosa Parks of cat-calling. I’ll leave that to you.”