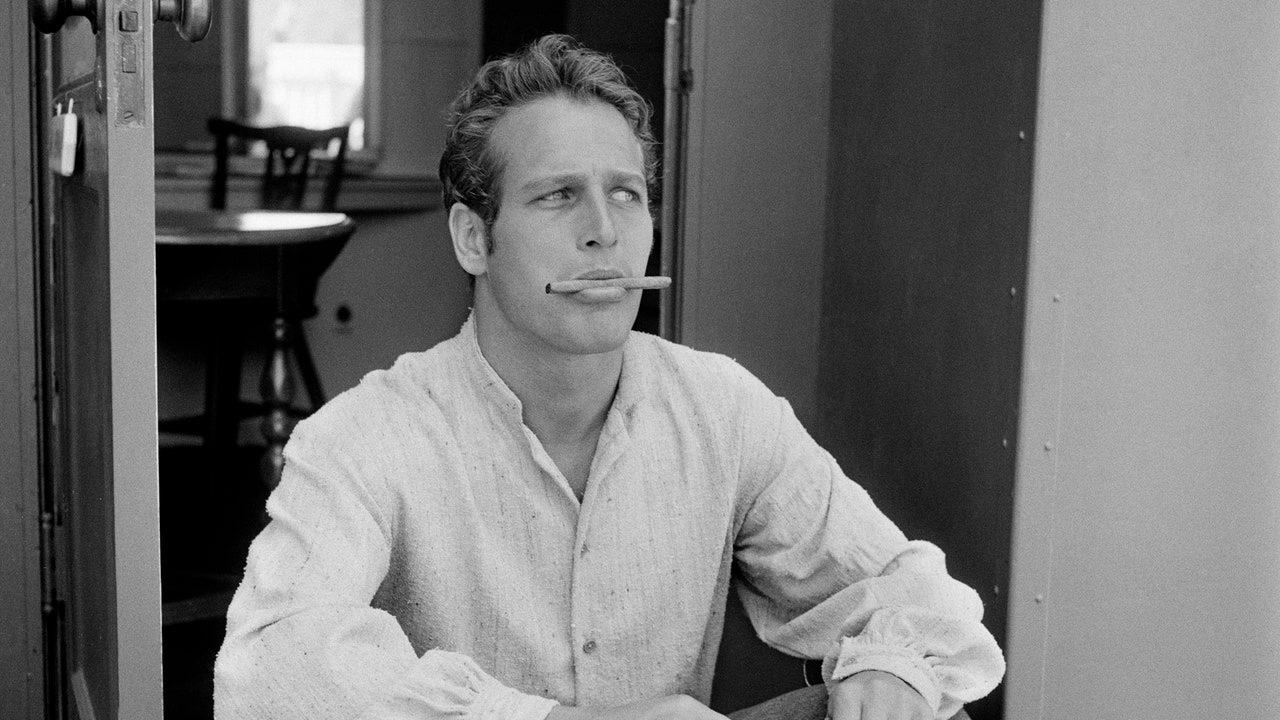 Is Paul Newman’s memoir, “The Extraordinary Life of an Ordinary Man” (Knopf), really Paul Newman’s memoir? As best I can piece together the story, in 1986, the year he turned sixty-one, Newman sat down with an old friend, the screenwriter Stewart Stern, and began recording on a cassette player material for an autobiography.

This continued for several years, during which Stern also interviewed some of Newman’s buddies from college and the Navy, his two wives, his brother and other members of his family, friends and show-business colleagues, including screenwriters, directors, producers, agents, and actors—pretty much everyone he could find who’d had some relationship to Newman. By 1991, Stern had recorded more than a hundred interviews. Then Newman asked him to stop. In 1998, Newman took the cassettes to the dump and burned them all.

Newman died, of cancer, in 2008. About ten years later, some of his children (he had six altogether; his only son died in 1978) approached Ethan Hawke to discuss making a documentary. Hawke learned that Stern (who died in 2015) had had transcripts of the tapes made—maybe Stern had worried that Newman might destroy them—and he used the transcripts to put together a six-part series on the lives and careers of Newman and his second wife, the actress Joanne Woodward. It’s called “The Last Movie Stars,” and it aired this summer on HBO Max. Meanwhile, the transcripts were edited by David Rosenthal, and made into the book that Knopf has just published.

A lot of the television series is Ethan Hawke Zooming with his pals, few of whom knew either Newman or Woodward, and most of whom present onscreen like they just rolled out of bed. (The lockdown look, I guess.) The friends read from the transcripts, each having been assigned a part. Laura Linney reads Woodward, for instance. (Linney actually does know Woodward, who was diagnosed with Alzheimer’s disease in 2008 and is still living.) George Clooney does an uncanny Paul Newman. Gore Vidal, who knew both Newman and Woodward, is expertly impersonated in the series by the actor Brooks Ashmanskas, although he’s absent from the book.

Clips from Newman and Woodward’s movies (they made around ninety films between them, some of which are forgettable) are used to “illustrate” incidents in the actors’ lives, a device that doesn’t work perfectly. There are more recent interviews, with people like David Letterman, who teased Newman about his charity work but became a convert, and Martin Scorsese, who directed Newman in “The Color of Money,” the role for which he won his only Oscar. Newman’s children and two of his grandchildren are heard from as well. “He was a really excellent grandfather,” one of the grandchildren says. The children’s feelings seem a bit mixed.

Hawke was able to fill in the years after the tape bonfire, when Newman was involved with his philanthropic activities. (He is said to have raised and given away more than half a billion dollars, much of it profits from his Newman’s Own brand of food products.) And the series includes classic scenes from the best movies, along with amusing fugitive bits, like a 1953 episode of the television program “You Are There” called “The Death of Socrates,” in which Newman plays Plato. When it’s Paul Newman, you want to see him, so the show is a lot more satisfying than the book.

One question that no one involved in these otherwise worthy enterprises addresses is why, more than twenty years ago, Newman burned the tapes. Was it because he didn’t like what other people were saying about him? Was it because he didn’t like what he was saying about himself? Was it because he decided, after five years of reminiscing, that he wasn’t a very interesting person? Whatever the reason, the auto-da-fé at the town dump leaves an impression that Newman did not want a memoir. But now he has one. And he obviously had no say about what got put into it.

Another question is why Newman’s children wanted all this stuff to come out. They say it was to set the record straight. As with any star of Newman’s magnitude, a lot of myth and rumor accrete to the image. (See, e.g., “Paul Newman: The Man Behind the Baby Blues: His Secret Life Exposed,” by Darwin Porter.) But even though the memoir was put together by friends and family, it has a slightly diminishing effect.

Newman grew up in Shaker Heights, Ohio, outside Cleveland—his father ran a successful sporting-goods store—and he felt that he embodied a suburban, middle-American blandness all his life. He always considered himself Jewish, although his mother was not. He was politically liberal, and served as a Eugene McCarthy delegate from Connecticut at the 1968 Democratic National Convention, in Chicago, where police beat antiwar protesters in the streets. He later made it onto Richard Nixon’s “enemies list,” a point of pride. But socially he was, in many respects, a square. He once described himself as “an emotional Republican.”

His insecurity goes all the way back to childhood. “I got no emotional support from anyone,” he said. He disliked and distrusted his mother and believed that his father thought he was a loser. (The father died in 1950, before Newman had had any professional recognition.) He told Stern that, as a teen-ager, he was a “lightweight.” “I wasn’t naturally anything,” he said. “I wasn’t a lover. I wasn’t an athlete. I wasn’t a student. I wasn’t a leader.”

He became involved in theatre at Kenyon College, which he attended after being discharged from the Navy, but he claimed that he “never enjoyed acting, never enjoyed going out there and doing it. . . . I never regarded my performances as real successes; they were just something that was done, nothing more important than someone working hard and getting an A in political science.”

He said essentially the same thing about his early acting career in New York: “I never had a sense of talent because I was always a follower, following someone else with stuff that I basically interpreted and did not really create.” He got into acting, he claimed, to avoid having to take over the family business. “I was running away from something,” he says. “I wasn’t running towards.”

Newman described himself as completely unprepared to be a parent—he had children because that’s what people did when they got married—and he worried that he never related to his kids as people. “I would not want to have been one of my children,” he told an old college drama teacher of his. When his son, Scott, died from an accidental overdose after a troubled life, Newman felt remorse for not having connected with him. “Many are the times I have gotten down on my knees and asked for Scott’s forgiveness,” he told Stern.

Like his own father, Newman was a functioning alcoholic. He was said to drink a case of beer a day, followed, until he gave up hard liquor, around 1971, by Scotch. He would often pass out. Woodward called his drinking, before he cut back, “the anguish of our lives.”

Newman attributed some of his success as an actor to luck—the death of James Dean in a car crash opened up some big roles for him—and the rest to perseverance. He thought that performing came much more easily to other people—for example, to his wife. Acting is like sex, she once said. You should do it, not talk about it.

Newman always had to talk about it. He needed to understand his characters’ psychology; he studied movements and accents he thought he could use in his roles; he asked writers and directors endless “What’s my motivation?” questions. During the making of “Butch Cassidy and the Sundance Kid,” Robert Redford, an instinctive actor, had to get used to standing around while his co-star prepared for the shot.