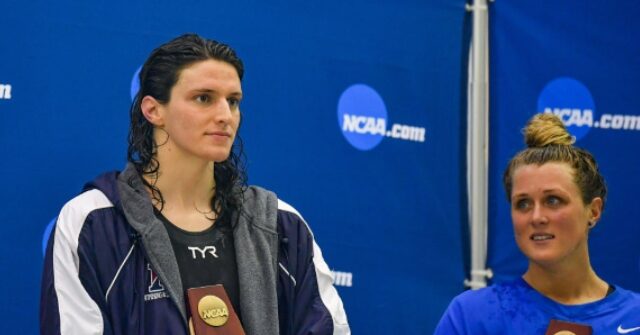 During his interview with Dylan Mulvaney, last week for Now This News, the president reaffirmed his support for transgender radicalism, especially the transitioning of young children.

“Do you think states should have a right to ban gender-affirming health care?” Mulvaney asked Biden.

“I don’t think any state or anybody should have the right to do that, as a moral or a legal question. I just think it’s wrong,” Biden responded.

“I feel very, very strongly that you should have every single solitary right, including use of your gender identity [in] bathrooms in the public,” he later added. “People fear what they don’t know.”

Speaking with Tucker Carlson on Fox News, Riley Gaines said that Mulvaney had demeaned women by basically doing a “blackface” impression of them.

“We have women out here who have accomplished amazing things, women developing cancer studies and research and vaccines, things like that, but they’re not being recognized for what they’ve accomplished,” said Riley. “Instead, we’re recognizing a man, who is claiming to be a woman, and to know womanhood better than real woman do.”

Gaines further accused Mulvaney of being a “man with a fetish.”

“When I first see this, my first initial thought is, is this not akin to blackface? The African American community would — and rightfully so, should — be outraged if I put on makeup and came on here and identified as an African American and created TikToks called ‘Days of Blackhood,’” she said.

“That’s exactly what this is. This is a man with a fetish, who is gleefully putting together the stereotypes of women, like makeup, and the outfits and having breasts, and carrying around tampons and having menstrual cycles, and all these things, and using that to define what we are and what we stand for,” Gaines continued.