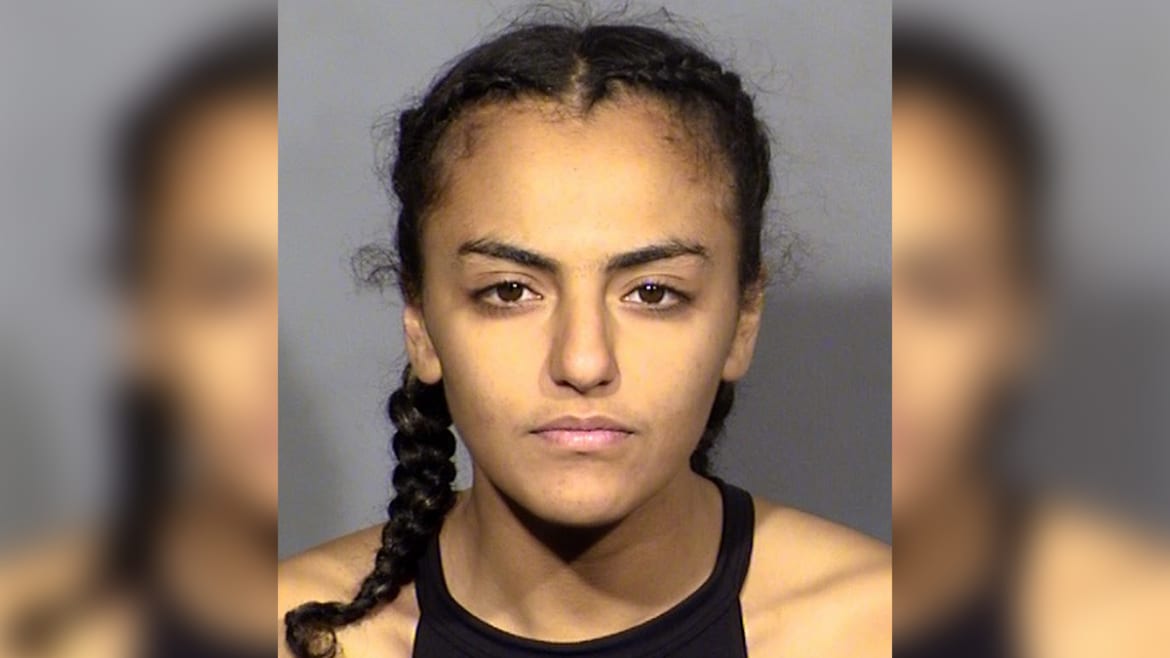 A 28-year-old Las Vegas woman was arrested Wednesday on allegations she killed her mother—just months after she reportedly told police she was too good looking to be arrested.

Hend Bustami was nabbed in California, shortly after police responded to a 2:34 a.m. call from a “frantic female” who told dispatchers that her mother was dead then hung up, Las Vegas Metro Police Lt. Dave Valenta said, according to the Las Vegas Review-Journal.

In a statement, police said Bustami had been involved in a “verbal dispute” with her mom, who was later found in a Vegas residence with “multiple lacerations.” She was pronounced dead at the scene; an autopsy report will determine a cause of death.

Bustami was previously arrested in June for dining and dashing at an airport Chili’s. She also broke airport rules, including sleeping by the security checkpoint, at Harry Reid International Airport, a police report said at the time.

When cops found Bustami in a baggage claim area, she was “belligerent” and said “she was being harassed because cops [had] never seen anyone as pretty as her,” the police report said, according to KTLA.

Bustami told the cops she was “going to spit” on all of them, called them perverts, and accused them of trying to rape her as they arrested her, the police report added.

The accused killer and alleged beauty queen also faced a battery charge in June after police discovering during the airport arrest that there was a warrant for Bustami out of the Las Vegas municipal court.

Bustami was being held in a San Bernardino County jail on Thursday on a fugitive of justice charge. She’ll be extradited back to Clark County in Nevada, where she’ll face a charge of open murder. A court date hasn’t yet been scheduled.