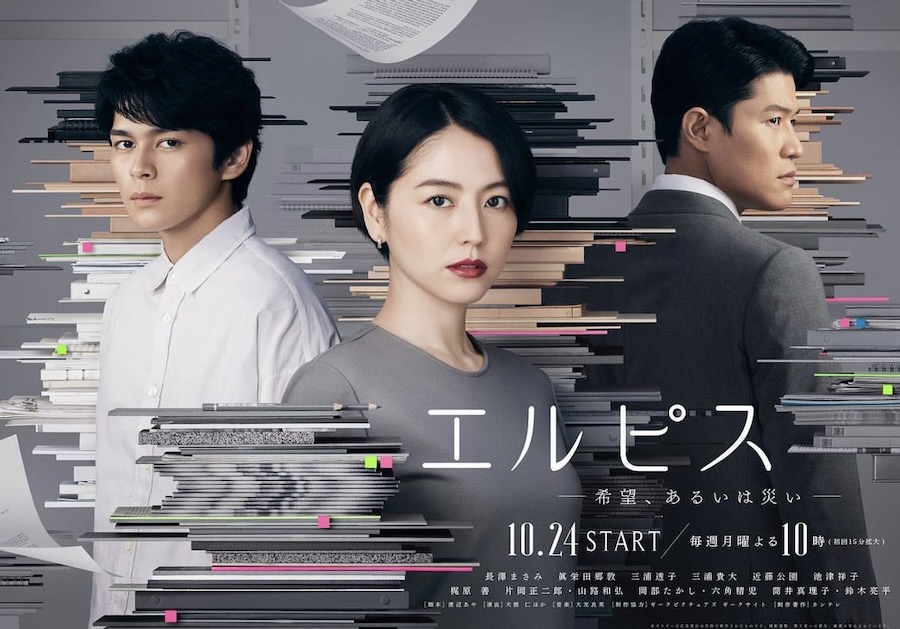 Elpis is a new Japanese crime drama that began airing this week. The key visual features the main protagonists of the story, alongside what appears to be glitches often seen on digital screens where colors are skewed sideways. But look closely because these glitches are not what they appear to be.

Indeed, upon close observation, you’ll notice that the glitches are all made from binders, notebooks, pencils and other stationery items, stacked just right so that they create the skew effect. It’s a very cool hack employed by creative director Yuni Yoshida, who is known for her use of creative analog tricks that replace computer graphics.

If the visuals have gotten you interested in the show, here’s a bit more about it :