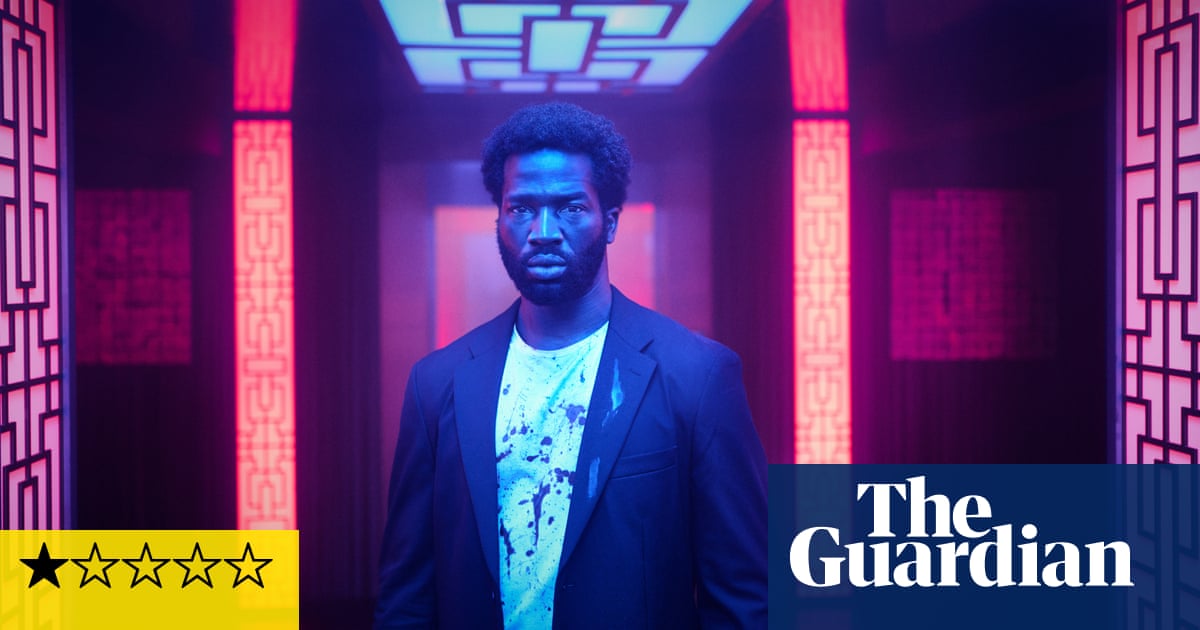 Gangs of London 2 (Sky Atlantic) amounts to an urban retread of Frozen Planet 2. In David Attenborough’s series, the soon-to-be-eviscerated quake in terror, be they lemmings cowering from arctic foxes or seals hyperventilating on ice floes broken up by synchronised killer whales after fresh meat.

In the second series of Gangs of London, ultraviolence is equally omnipresent, amoral predation the law of this urban jungle. The body count of psychopathic gangsters rises faster than your energy bills. A drug thug is getting quietly strangled when we notice one eye swelling. The camera zooms in just as it explodes. I’d like to thank all the creatives involved for making that scene pop.

At one point, an actor slips over a high-rise balcony, perhaps baling out before the second series gets even sillier. As if that were possible.

At the end of season one, you recall, gang leader Sean Wallace (Joe Cole) was killed after trying to avenge the death of his father, Finn (Colm Meaney). With Sean out of the way, London’s heroin business is fought over entirely by persons of colour, not just Londoners but exiled Kurdish freedom fighters and a Pakistani drug cartel. This development is a heartening depiction of London’s diversity post-Brexit, no doubt, but just the thing to prompt the new home secretary to fire up the Rwanda-bound extradition flights.

Hang on a second, though. At one point, we cut to Michelle Fairley’s Marian Wallace. She is abroad, buying up a consignment of big guns so she and the remains of the Wallace gang can take out the importunate trash later in the series.

In the meantime, the new alpha predator seeking to seize London’s heroin trade is a dork called Korba, possibly a native of the Republic of Madeupistan, played gamely by Waleed Zuaiter. Korba should be an absolutely chilling character, but unfortunately Zuaiter reminds me of Michael Bryant as nerdy existentialist philosopher Mathieu Delarue in the BBC’s recently repeated adaptation of Sartre’sRoads to Freedom. Last time I checked, Parisian philosophy teachers rarely become psycho-killing drug barons.Korba wears an unspeakable raspberry-coloured zip-up velour top that makes no aesthetic sense but is sensible for hiding blood spatter. He bleaches his hair in a way that screams psychopath’s mid-life crisis, but which also makes him a dead ringer for the lemmings’ nemesis, the arctic fox.

But there is a key difference between this drama and Frozen Planet 2. When lemmings or seals meet their doom, the camera pulls away or we cut to a long shot. Gangs of London has no such ethical compunctions. When a gang minion gets rubbed out by Korba, we zoom in on the dying man’s arteries spurting blood from his neck in a way that – I have never studied medicine – seems required by the taste dictates of the gaudiest grand guignol rather than anatomical plausibility. True, there is a very good scene in an Istanbul laundry in which the camera enters in the middle of a mass brawl, embroiling our sad-eyed hero, undercover cop Elliot Finch (played by Ṣọpẹ́ Dìrísù). But that seems from another show, in particular from a John Woo ballet of violence. Gangs of London doesn’t do that elegant dance very often.

Rather, the violence is on steroids; it’s as if the director and the writer hatched a plot after watching Steven Knight’s Peaky Blinders and Ronan Bennett’s Top Boy. “You know what – we can do them up like kippers.” “Yeah, guv, but how? “By dialling the violence up to 11.” “But the dial only goes to 10, guv.” “Does it? We’ll see about that.”

There are passages of inaction while, you’d think, minions hose down the scenery. But they all involve shifty blokes trading gangland bants so improbable that even Guy Ritchie would doubt them. I’m so pleased the endearing Paapa Essiedu is in this, if only because the actor always seems to have a smirk on his face as if, like me, he can’t take this far-fetched guff totally seriously. I saw that smirk when he played the government’s security minister in The Capture, and I see it here as he plays Alex Dumani, money man to London’s drug gangs, beholden to the mysterious investors who may, like City traders scuppering Kwasi Kwarteng’s economic strategy, turn on him at any moment.

This is not the London I recognise. In one scene, some bloody unpleasantness unfolds outside the Horseshoe in Clerkenwell, a pub where I have spent many a bucolic summer’s evening. But does Peaceable Idylls Outside London Boozers get a second series? Of course it doesn’t. That’s your fault. Some 16.6 million muppets like you, no offence, watched the first series of Gangs of London and made the commissioning of the second axiomatic. It’s Mozart, not you desensitised bingers, I feel sorry for: his Requiem gets rolled out to posh up the ultraviolence that forms episode one’s daft denouement.